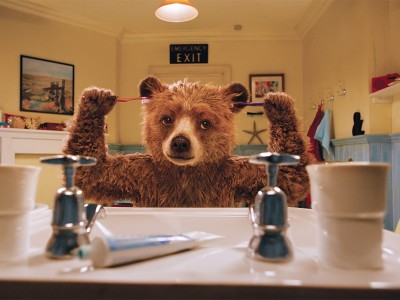 “Mr. and Mrs. Brown first met Paddington on a railway platform. In fact, that was how he came to have such an unusual name for a bear, Paddington was the name of the station.” - These are the opening lines of “A Bear Called Paddington”, first published in 1958 with delightful illustrations by Peggy Fortnum.

Today, Paddington sold worldwide over 35 million books - 150 titles across 40 languages In 2016 Paddington made his white screen debut. And with success! His first movie made over $270 million at the worldwide box office, Studiocanal’s most successful movie to date. A second movie is currently in development. Launching Winter 2017/2018.

Paddington has been entertaining adults and children alike all over the world, since 1958. Celebrating 60 years of Paddington in 2018 with a special anniversary logo, limited edition products and international events and exhibitions.

Funny, charming and hugely appealing, Paddington be enjoyed by all generations.